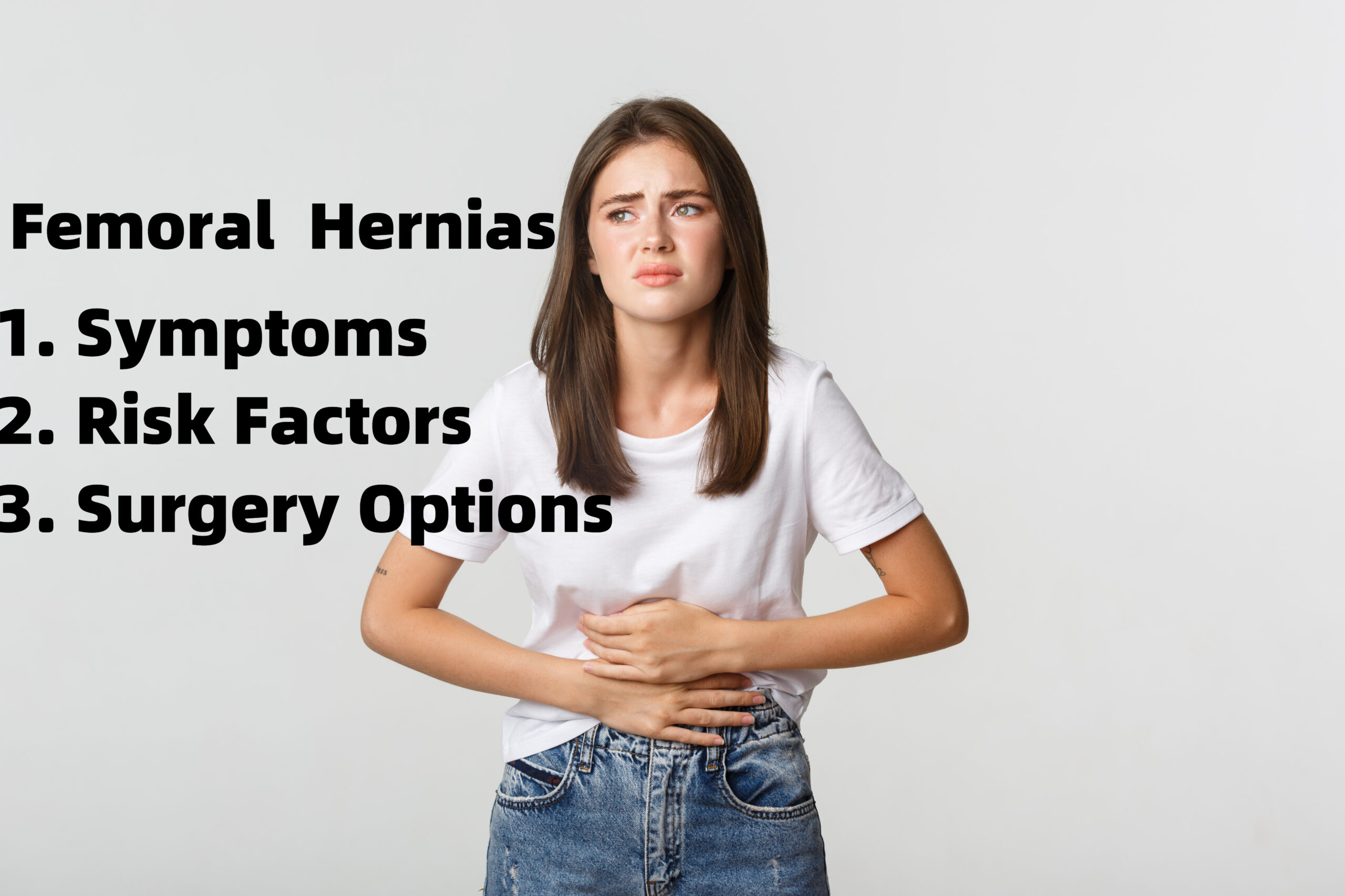 Hernias are a type of growth or swelling that occurs in the abdomen area of the human body. Femoral Hernias are more commonly seen in women and found in the lower portion of the body, lower than the abdomen, mainly the groin and the thighs.

Usually, femoral hernias or hernias in general are not extremely serious conditions, but they can cause a lot of problems if left untreated for a long time. Femoral hernia occurs mostly during pregnancy or while lifting heavy things. They are easy to detect, and the most common symptoms for them are-

Normal hernias can often be treated without surgery and via medication, but femoral hernias are a little different. Rather than being cured, this type of hernia requires internal repair, which is why surgery is necessary. There are mainly two types of femoral hernia surgeries-

There are always two sides to a coin, and similarly, surgery has its cons. There are risk factors associated with femoral hernia removal, especially if the hernias are bigger and more complicated to operate upon. These factors include-

To get rid from Femoral Hernia Consult with Dr. Abhijeet Gotkhinde Laparoscopic Surgeon in Pune. Book an Appointment Today!.